NC Grey released her debut project ‘Magic the EP’ and it has received immense support from Ireland’s biggest tastemasters including RTÉ2FM and Hotpress Magazine. Following its success, comes her first music video which has garnered much accolade with over 10,000 views it it’s first week. She has been named by several national and international publications as one to watch and has garnered a spot on the 2018 Unsigned Music Awards Long List in the Blues & Jazz category.

Ticket Information
Tickets are €10 (plus booking fees) and can be purchased online at; www.ncgrey.eventbrite.com 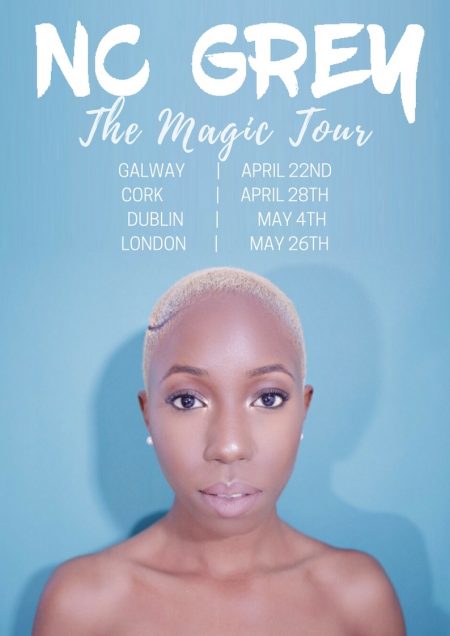