Over the years, IMRO has consistently pushed for gender balance in the Irish music industry. We take a look at its work with important organisations like Keychange, Sounding The Feminists and Girls Rock Dublin | By Lucy O’Toole, Hot Press

You may be aware of IMRO’s important work collecting and distributing performance royalties, but did you know that the organisation also plays a crucial role in fighting to end inequality in the music industry? Whether sponsoring groundbreaking gender balance initiatives, hosting seminars, or supporting the next generation of young female musicians, IMRO has continuously positioned itself at the forefront of the battle for gender equality in music.

Although female pop stars like Beyoncé and Ariana Grande are headlining some of the biggest stages around the world, it’s important to also recognise that women remain severely underrepresented in numerous roles across the music sector. In January 2019, the Annenberg Inclusion Initiative in Los Angeles published their second annual report on gender and race in popular music, and found that, across 700 popular songs from 2012 to 2018, only 2.1% of producers were women.

The situation in Ireland and wider Europe is just as challenging. However, IMRO is one of several major organisations looking at ways to address this lack of representation. In December 2018, IMRO announced its sponsorship of PRS Foundation’s Keychange initiative – a project that’s tackling gender inequality at music festivals head-on.

“We have a pledge that festivals can sign up to, so they can target reaching a 50:50 gender balance by the year 2022,” project manager Jess Partridge told Hot Press earlier this year. “Over 150 festivals have signed up since we started a year ago, and it’s constantly growing.”

Keychange is also a talent development programme, investing in the next generation of female talent in music. In the first stage of the programme, Partridge revealed that Keychange brought “a group of 60 women to different festivals, and has put on workshops to give the women an opportunity to network.”

By partnering up with Keychange, IMRO has joined a prestigious list of sponsors that includes the likes of Spotify, Soundcloud, the British Council, Songtrust and various other national performance rights organisations. IMRO’s support is enabling female artists from Ireland to take part in this unique initiative, and to collaborate with artists from a network of 12 countries, as Keychange continues to expand its programme. Ireland’s Hard Working Class Heroes Festival is a participant in the initiative.

Speaking at the announcement of the partnership, IMRO’s Eleanor McEvoy stressed that that “international collaboration is essential to the creative and business development of all artists and the music industry’s future success. Enabling more women access to international networks and new markets at critical stages in their career will help them realise their potential as future leaders of an industry that is ready for and will benefit from change,” she continued. “Right now we have an opportunity to respond and commit to tangible change within the music industry. Our hope is that this will be the start of a more balanced industry which will result in benefits for everyone.”

Of course, the fight for gender equality in the music industry is a multifaceted one. Seminars, public meetings and workshops are all crucial steps towards sparking a wider conversation about representation in the music sector. With support from IMRO, Sounding The Feminists (STF), an Irish-based, voluntary-led collective of composers, performers, musicologists, critics and promoters, have organised a series of free music industry seminars for female (cis and trans) and non-binary artists of any age or experience level.

Through these ‘Pitch Perfect’ professional development workshops, STF looks to address the lack of representation across the music sector, while also building a community where gender issues can be readily discussed. Participants are offered instruction in how to best pitch their ideas to organisations, publishers, agents and radio stations. In doing so, the women learn how to carve out a positive space for themselves within the music sector.

Through IMRO’s sponsorship, STF have been able to cover the expenses of participants travelling to the workshop from outside Dublin City Centre – ensuring that the free seminars can be accessed by all. 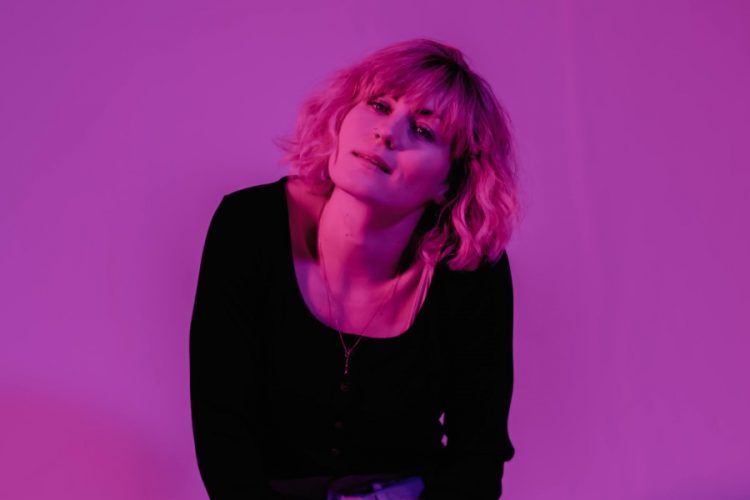 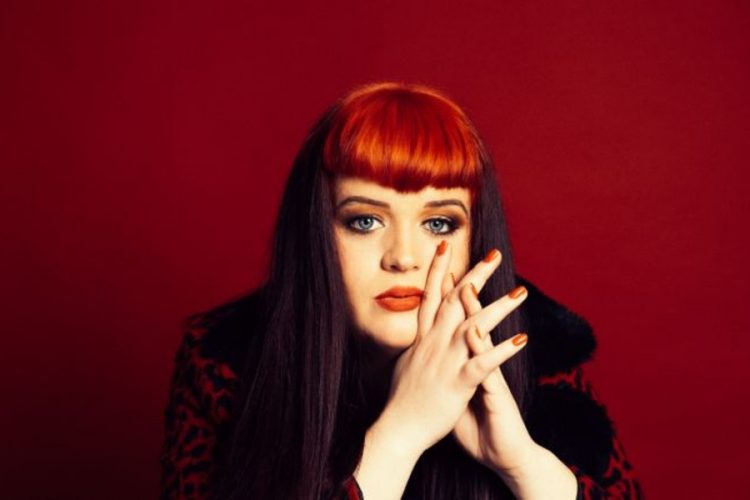 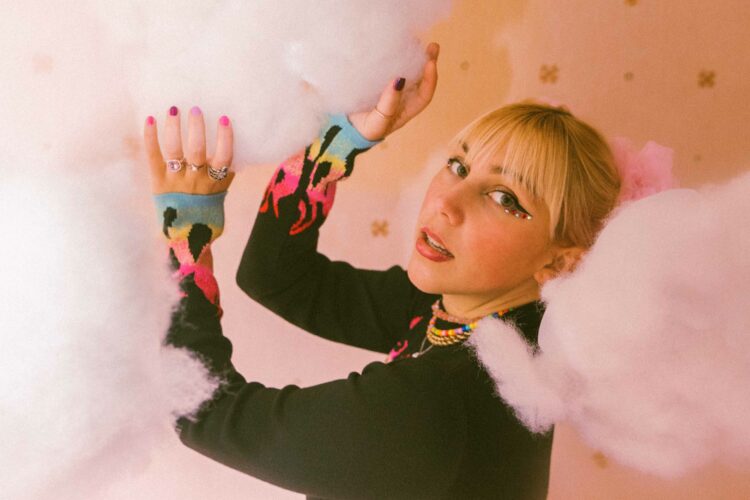 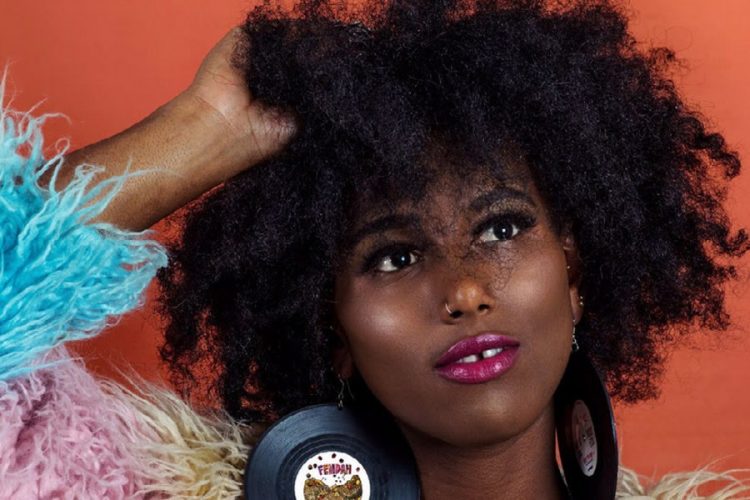 IMPORTANT RESOURCE
IMRO are also passionate about building an inclusive world for the next generation of Irish talent, and as such, are nurturing young female musicians through their sponsorship of Girls Rock Dublin. Part of the global Girls Rock movement, the camp provides a unique environment in which 20 teenage girls can express themselves through music tuition and collaborative workshops.

Led by coaches active in the local independent music scene, along with some very special guests, the camp provides an invaluable space for young female artists, many of whom describe feeling intimidated by the male-dominated music world when starting out. “Our aim is to build up self-esteem in girls, but what we’re ultimately trying to do is bring about a new, confident generation of female musicians, and a gender balanced music scene,” Rossella Bottone of Girls Rock Dublin tells IMRO.

“Last year I found out about the IMRO sponsorship, and decided to get in touch with them to see if we matched their criteria,” she continues. “They loved our gender balance focus. This year we’ve applied again and got the same sponsorship, which is great. It’s nice to know that they really care about what a group of volunteers like us are doing.”

Based in the Sound Training College in Temple Bar, Girls Rock Dublin caters for those who identify as female (trans and cis) or gender non-binary, aged between 12 and 17. Since its launch three years ago, the non-profit group has passionately embraced and promoted diversity.

“Half of our 20 places go to applicants from low-income households and direct provision,” Rossella says. “We’ve recruited girls in direct provision through organisations that work with them directly, like MASI [Movement of Asylum Seekers in Ireland] and RAMSI [Refugee and Migrant Solidarity Ireland]. It’s an issue we’re really passionate about.”

2019 also saw the introduction of a Ladies Camp on the October Bank Holiday for artists over 18, as well as the launch of the Girls Rock Dublin Gear Library, in partnership with Dublin Public Libraries. The programme, which will allow teenagers to loan out music equipment, is sure to become an important resource for up-and-coming, cash-strapped musicians.

WIDER SOCIETY
With the support of IMRO, Girls Rock Dublin has also hosted the ‘Switched On’ interactive evening workshop, for women over 18. Led by expert coaches, the participants were offered the opportunity to explore one of three key topics: live sound engineering, guitar and bass pedal effects, and vocal looping. The fee for the ‘Switched On’ workshops also went back towards funding the Girls Rock Dublin summer camp – allowing female musicians to support their younger counterparts, while also learning invaluable skills.

IMRO has also reached out to the next generation of emerging female talent by hosting songwriting masterclasses with Grammy nominee Carla Marie Williams. The interactive workshop coincided with Women’s History Month in March this year, and covered the fundamentals of songwriting, while simultaneously serving to empower Ireland’s future female songwriters, producers and artists.

While the struggle for gender equality in the music industry is far from over, the work of groups like Keychange, Sounding The Feminists and Girls Rock Dublin has ensured that the issue is finally coming to the attention of wider society. By working closely with these valuable organisations and initiatives, IMRO has taken significant steps towards making gender balance in the Irish music scene the accepted norm, allowing artists to concentrate on the important stuff – making music.

Dublin R&B artist Erica Cody is a leading figure in the Irish music scene, garnering national airplay and gracing the cover of top publications such as Sunday Independent’s Life Magazine. […]

Irish artist Jackie Beverly has been steadily carving a space for herself in the Irish music scene, sparking people’s attention with her refreshing electro-infused writing, and refined vocal. Notable performances […]

Emily Shaw is a promoter and music/licensing consultant based in Dublin. She began her career in festival promotion and marketing, interning and working for companies such as Improvised Music Company, […]

Lisa Murray is an artist, music producer, audio engineer and multi-faceted creator. She began exploring music technology during her undergraduate degree at Trinity College Dublin. She then went on to […] 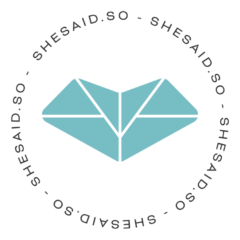 Global community of women & gender minorities in the music industry

A more balanced industry results in benefits for everyone

“International collaboration is essential to the creative and business development of all artists and the music industry’s future success. Enabling more women access to international networks and new markets at critical stages in their career will help them realise their potential as future leaders of an industry that is ready for and will benefit from change,” – Eleanor McEvoy, IMRO Chairperson 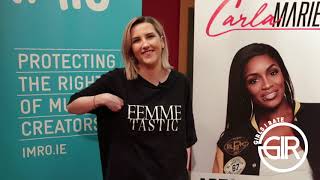 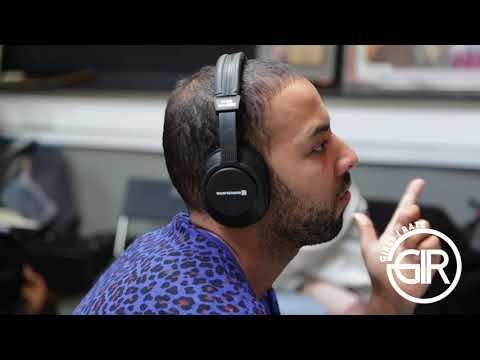 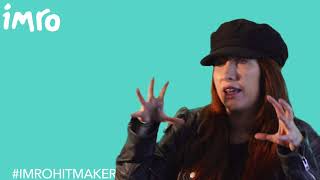 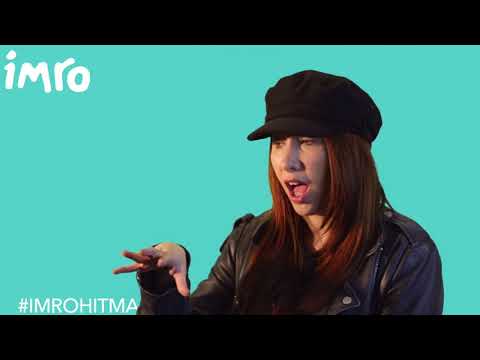 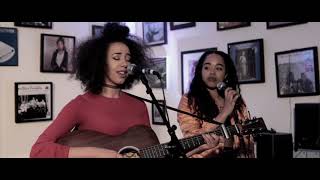 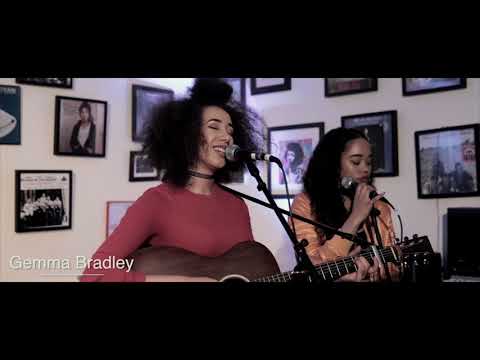