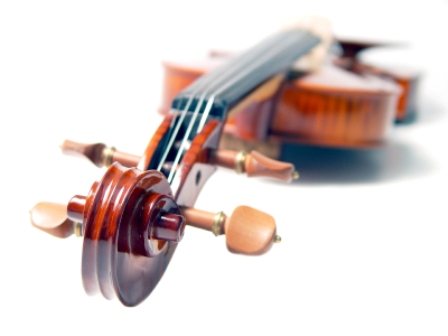 The idea that copyright legislation and its enforcement interferes with or undermines the freedom of citizens to enjoy fully the fruits of a nation’s artistic tradition is false. Copyright conveys certain rights on creators in order to stimulate creativity. It is only given for a limited length of time and, particularly in the area of public performance, is also limited in the circumstances under which it arises. The almost universal duration of copyright extends to the lifetime of the creator and 70 years after death. Once this period has expired, all the creative input of a particular creator ceases to attract copyright protection and the public is then free to use the material as they see fit. Such material is described as being in the ‘public domain’.

Amongst the important rights granted under copyright legislation is the entitlement to prevent an adaptation of a copyright work. By virtue of this right, plagiarism, an unauthorised copying or imitation, is unlawful where the subject matter in question is copyrighted.

The prohibition ceases, however, upon the expiration of the term copyright. It will be seen that it is quite normal for such material to be used by creators as basis or foundation of further creativity. The most obvious example of this is the field of opera, where pre-existing literary works, the copyright of which has long expired, are adapted with musical accompaniment resulting in the creation of an entirely new copyright work. The plays of Shakespeare have not only been used in opera but also in films, West Side Story being a good example.

The works of the American composer, Stephen Foster, have been repeatedly used as a basis of new work, as indeed has the so called ‘Hillbilly’ music of the Appalachians in the southern part of the United States. That music originally emanated from England and Scotland and now forms the foundation of much of the so-called ‘Nashville sound’. In relation to traditional or folk music, almost all the great classical music masters have used this music in their compositions. Brahms, Dvorak, Beethoven, Delius and Vaughn-Williams are obvious examples where the indigenous music of a nation has been used in a new form of expression.

The vast majority of countries throughout the world have signed the Berne Convention, which is the single most important international agreement relating to the protection of copyright. Article 2, para. 3 of that Convention explicitly recognises the creative merit of arrangements of works that are no longer the subject of copyright control. In doing so, it permits an entirely new copyright to be created on the basis of the arrangement. This is not to say that the original work has changed its legal nature of being free of copyright control. At all times, a work, the copyright term of which has expired, remains uncontrolled in its original state. It is only if an arrangement of that work is made, introducing new originality, that the issue of copyright arises and only then in the arrangement. In fact it is quite common for several copyright arrangements of the same work or tune to exist.

The Legal Requirement of Copyright in Arrangements

Firstly, in order to qualify for copyright protection, the subject matter must be produced in some physical form. Originally, this was taken to mean in writing but now had been accepted as extending to the printed word, analogue, digital, audio and video performance. Copyright in a work does not come into existence simply by virtue of a performance. Secondly, for an arrangement of a non-copyright work to attract copyright protection it must fulfil the originality criterion. This criterion is determined in the event of a dispute by the courts by case law has indicated that a relatively low level of creative input or originality is sufficient to warrant copyright protection.

In the case of Irish traditional music, no copyright issues arise when the music performed is part of a body of work that has been passed down from the time that would clearly indicate that any responsible copyright term has expired, and usually the origins of the music are anonymous. Variation and ornamentation tend to be the distinguishing features of the contemporary performance of this music. Such embellishments, however, do not create a new copyright arrangement because they exist only in the performance and not, as previously indicated, in any tangible form, such as writing or a recording. In such situations, it is presumed that artistic considerations only arise if the embellishments referred to are repeated by a third party. However, should recordings be made of such performances a right is recognised in those versions of the performance.