To celebrate the live final of the 2012 IMRO Christie Hennessy Song Competition which takes place this Saturday, 17th November at The Brandon Hotel, Tralee, IMRO have been featuring the finalists in our Member News section each day this week. Ten finalists have been selected from over 200 entries to compete for this prestigious prize and a cheque for €1,000 courtesy of Tralee Chamber Alliance. 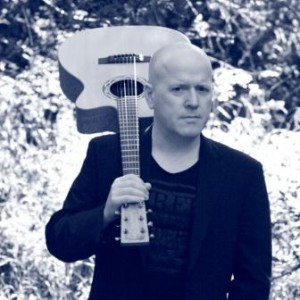 Peter Fitzpatrick is an Irish singer-songwriter raised on classic British pop music, American country and Irish folk music.  After more than twenty years live performance with bands in Ireland, UK and the USA Peter hit a classic midlife crisis and decided it was time to start writing songs. He believes it is cheaper and probably safer than a motorcycle…

Peter’s debut album “Other People’s Hats” will be released in November 2012. It features his entry to the competition, “This Hometown”.

Peter’s conversational style is in the fine tradition of the singer songwriters he admires: George Harrison, Elvis Costello and Ron Sexsmith. It is easy to see the influence of Costello in Peter’s willingness to tackle some of life’s “darker” issues, of Harrison in the dry humour of Peter’s lyrics and of Sexsmith in the way in which Peter examines the human condition.

“I’m here to represent the old-ternative genre and stand up for the middle-ages!”

Song: “What’s On Your Mind” 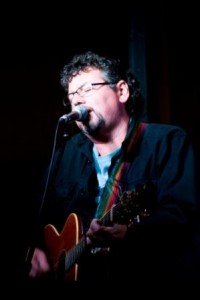 John Buggy is a singer/songwriter from Tralee, Kerry. John has been writing songs most of his adult life. In the 90’s he fronted ‘The Righteous Dudes’ touring all over Ireland and the UK, featuring on numerous radio/TV shows including the Late Late Show. In 2003 John won the Rose of Tralee International Live Music Final with his band ‘Borderline’ and they went on to record an album of original songs called, ‘Self Righteous’. John continues to write and record and has played all over Ireland and mainland Europe. John’s ‘difficult Second Album’ is almost ready for release. When he’s not John Buggy the musician he works as a youth worker with the Kerry Diocesan Youth Service where he coordinates a music project.

Entry to the live final is free of charge, but due to limited capacity, booking is advised. To reserve a place in the audience, email IMRO at membership@nullimro.ie or phone 01 661 4844. Doors open at 8:30pm.

New Single From The Coronas ‘Write Our Own Soundtrack’