Raphael Olympio, known professionally as Olympio, is an Irish rapper, spoken word artist, singer and songwriter. Olympio is a proud Cork native with Togolese heritage. He first encountered music in church, where he developed a taste for live gospel music and also began writing poetry and fictional stories whilst in direct provision. In his early teenage years, he started composing songs, poems, and spoken word as he found it easier to speak up about the struggles of his life through music. On television, Olympio looked up to singers, actors, comedians, and just generally good entertainers who looked like him. Unfortunately, the media did not view people of colour in a positive light unless they were “entertainers”. As a result, these were his only role models when he was younger. Influenced by artists such as 2Pac, Jay-Z, 50 Cent, Kanye, Lecrae and Kid Cudi, Olympio aspired to be just like them. His communicative style has so far contributed to a number of collaborations and performances at Indiependence, Electric Picnic, Other Voices and more.

Olympio is currently an independent artist who enjoys dabbling into various genres to explore his versatility. His music is driven by narratives that reflect his current situation, the challenges in his life and the community he belongs to.

His latest single ‘EPG‘ is a critical reflection of history, as it amalgamates with the current challenges we face as individuals but also as a society. 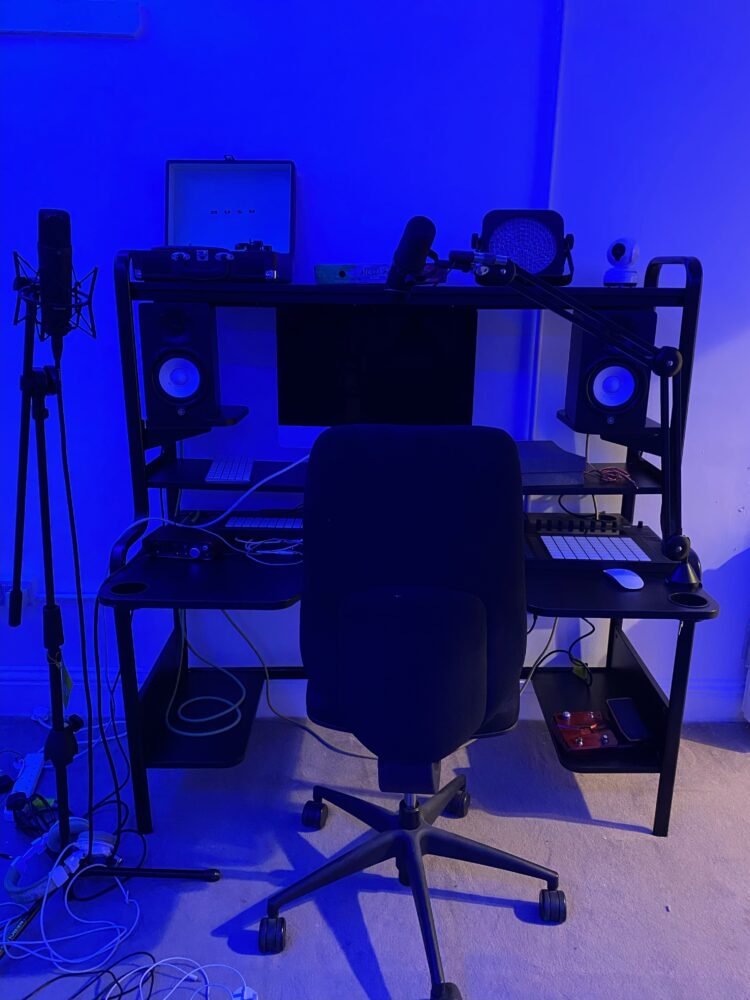 My ability to concentrate and be in the zone is enhanced by having a dedicated creative space. My lifestyle is pretty hectic because I work a part-time job, attend college full-time, perform music/gigs and catch up with mates. So limiting distractions from the various activities I do in my life by having a space set apart for simply doing music benefits me immensely.

I need space within the space. An area where I can listen to music as loud as I want. An ideal setting where I can practice and perform a song I have finished composing or am currently working on. A  place where I can be vulnerable, take risks, and experiment without fear of failure. I suppose it’s a place where I can confront my thoughts or escape them and this space does exactly that for me.

Solely because I feel so secure there. I don’t overthink things and feel free to write about whatever I choose. As a result of who I am, the environment I live within and the experiences that I’ve gone through, I am drawn to writing about my personal perspectives on social injustices, my identity, and culture. I also enjoy working collaboratively with other artists and producers! I love emulating the atmosphere that Dreamville creates in their revenge of the dreamers documentaries. Such a vibe, and the energy in the room lets you know you’ve got something special.

I thought about this carefully and considered what would impact me the most if it went missing or was taken from the studio, and quite honestly, it would be my laptop. I got a Macbook Pro with logic pro and waves plugins.Once I had the money to buy the laptop and experiment with the software and plugins, I could more clearly communicate my desired sound to other producers and overtime noticed that my sound and style was significantly improving.

Higher spec gear and more space would be great, but for the time being it works pretty well. A coffee maker and a mini fridge would be amazing, but unfortunately, we don’t have enough room for either but we’ll see.