The Dublin Quays Festival is delighted to announce its full line up featuring an exciting mix of emerging talent and established names performing live over the month of August in four great venues along the banks of the Liffey. Paddy Hanna’s experimental quartet Autre Monde kick the Festival off in style in The Workmans Club on Wednesday August 4th while the thrilling noise assault of Bitch Falcon close proceedings in the same venue on Sunday August 29th.

In between we have a host of brilliant new acts like Sprints, Keeley, The Bonk, Shakalak, Birds of Olympus, Rack & Ruins and A Ritual Sea rubbing shoulders with legendary acts like The Pale and Sack. Rhymes and rhythms of the street are represented by an uber eclectic Word Up Collective line up in The Sound House on Thursday August 12th while Sin E hosts Leila Jane, Eileen Gogan, Emma Hynes and Ken O’Duffy, four solo artists all promoting new record releases. 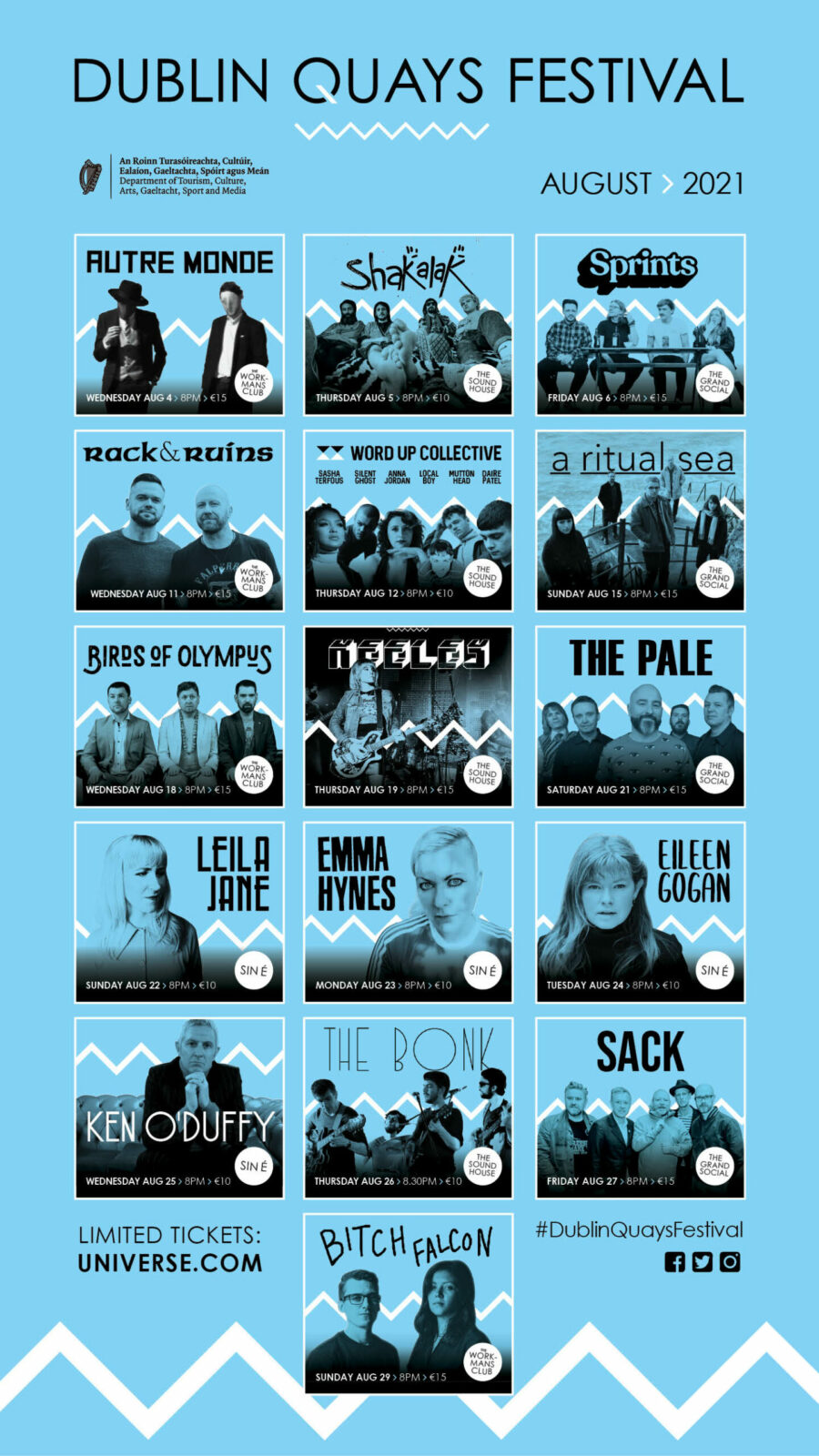 Massive thanks to Catherine Martin T.D and the Department of tourism-culture-arts-gaeltacht-sport-and-media for making these shows possible and for supporting the Arts in Ireland.

Charles Boulevard release festive single ‘For Whom The Bell Tolls’

Hometime releases festive single ‘What You Wanted (For Christmas)’

FĒNIX releases new single ‘By Your Side’