Patrick Stefan is an Irish-Dutch singer and wayfarer; born in Co. Clare now based in Dublin, he’s travelled & lived in different corners of the world from Scandinavia, Brazil to Africa. Inspiration for his songs come from a colourful background of experience: learning tribal songs in Mali, jazz guitar in Boston, folk singing in Helsinki and drumming in north Brazil. His songs have been compared in sound to Paul Simon, Jose Gonzalez, Sufjan Stevens, Nick Drake, James Blake, Milton Nascimento and Peter Broderick.  After much wayfare, Patrick Stefan is releasing his debut album of songs 23rd September 2022. His new single ‘Drinking Alone in the Moonlight‘ is out now. 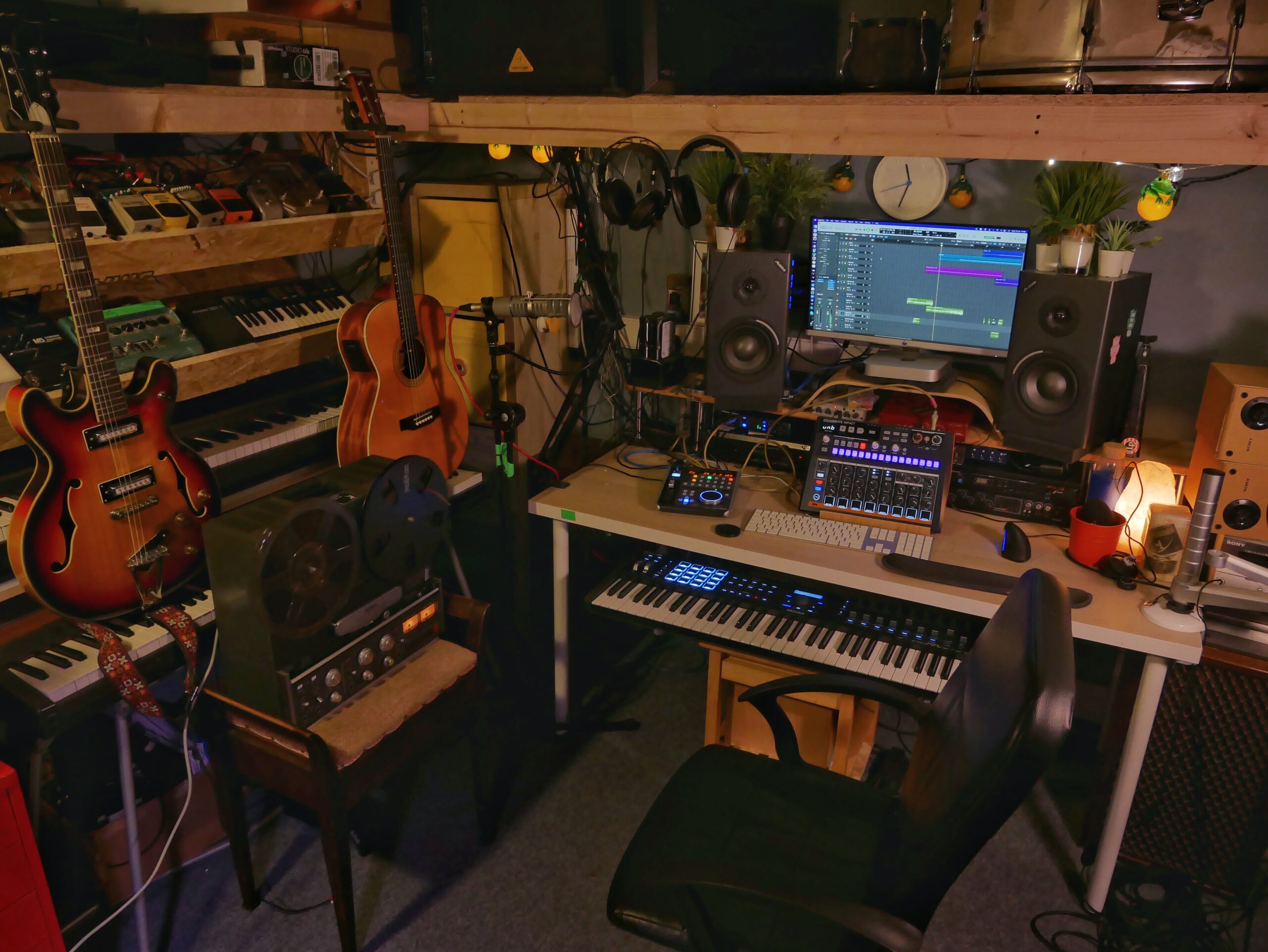 I’ve gone through phases of not having access to a space and I end up just drive everyone around me mad so.. it’s in everyone’s best interest that I have a space to work away in… since 2018 I’ve been blessed to be able to share a space in Yellow Door studios in Dublin 3, just around the corner from where I live.

You can see it’s small but, everything is at hand, like I can demo up an idea quite quickly because everything is plugged in & ready to go – I learnt that from my producer Alex Borwick – because when you get stuck checking which cable goes where etc.. you quickly lose your flow and the idea is gone! So annoying. Also it helps prevent again GAS (Gear Acquisition Syndrome), a phenomenon known to ruin many a home.

I basically spent half of the pandemic in here writing my upcoming album that I’m releasing in September (Wayfare) and so my music got more intimate. I was already trying to strip back layers and be more vulnerable, and this lovely wee space meant that I was singing softer, thinking less about trying to be entertaining or cool as there was no one to entertain. The added bonus of this  studio space is that I meet colleagues here who are in some brilliant bands.

Hmm.. toughie, there’s a lot in here – so, although it’s not used every session, I’m going to have to go with my Revox b77 reel-to-reel tape machine from 1977. I got it last year sent from Amsterdam (it weighs over 20KG!) and almost every track on my album has some sounds on it that went through the Revox. It adds a layer of dustiness and makes sounds shine, quiver, whine & warble. It’s a secret sauce.

Not gonna lie and say a bigger space and natural light would help but at the same time when I go in I’m straight into work mode because you need to come up for air after a bit anyway.

Portman back on track with “Train to Nowhere” & “EB & Flow”