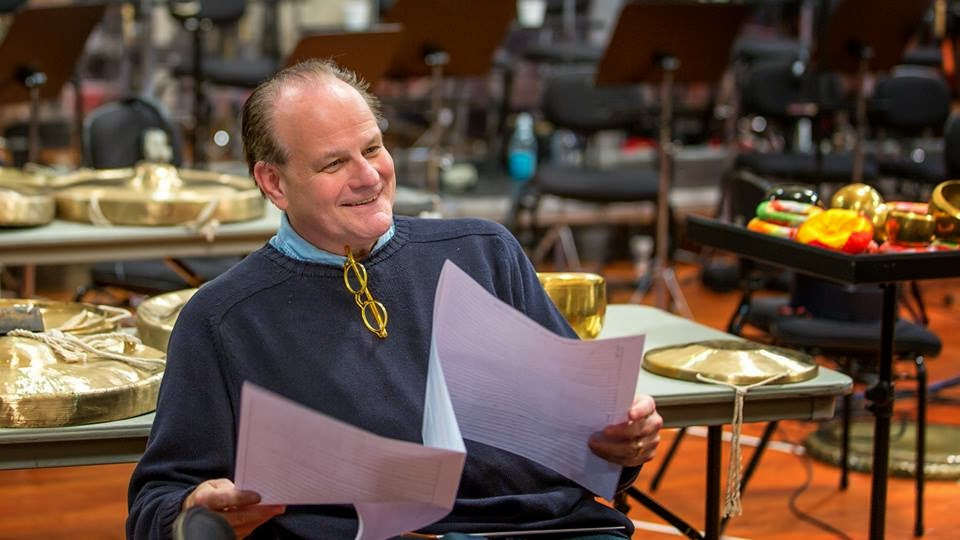 Music in Film: Its Past, Present and Possible Future and the Challenges faced by the Working Professional

Conrad Pope, one of Hollywood’s most respected musicians and “in demand” working professionals (Star Wars, Harry Potter, Moonrise Kingdom, The Hobbit) will share his views and experience regarding the process of scoring film and its evolution from its Golden past to today; its methods and techniques, its practical concerns, the constantly evolving aesthetics and technical advancements and the new tools and techniques necessary to meet these ever emerging, protean challenges, as well the unchanging, necessary skills – both musical and dramatic that form the foundation for a successful and sustainable career in commercial film music. From DAW to recording a full orchestra and chorus, from spotting to the “dub”, from composing to conducting, the work of conceiving, writing, recording and finishing a film score will be discussed and illuminated with scenes and music from the “invisible art”. Participants are encouraged to bring their questions for Mr. Pope regarding any and all things “film music”.

Composers John Williams, Hans Zimmer, Alexandre Desplat, Jerry Goldsmith, Danny Elfman, James Horner and Howard Shore have all called upon his expertise as a one of the industry’s top orchestrators as well as upon his abilities as a conductor and score producer, making him one of the most “in demand” scoring professionals. In his almost three decades working in Hollywood, Conrad has contributed to the scores of more than a hundred films. Pope has worked side by side with many of Hollywood’s finest directors, including Peter Jackson, Clint Eastwood, David Fincher, Mark Romanek, Walter Murch, Scott Hicks, Gary Ross, Joe Johnston, and Wes Anderson. The list of the many iconic films on which he has worked includes the Star Wars Episodes I-III, the Harry Potter series, Jurassic Park: The Lost World, Indiana Jones and the Kingdom of the Crystal Skull, Pirates of the Caribbean, the Matrix films, The Curious Case of Benjamin Button, Moonrise Kingdom, Godzilla, the final two Hobbit films: The Desolation of Smaug and The Battle of Five Armies. The American Society of Music Arrangers and Composers in 2015 awarded Conrad their prestigious GOLDEN SCORE AWARD in recognition of his career as composer, arranger, orchestrator, and conductor in film music. Mr. Pope teaches Orchestration at Pulse College, Dublin and is on the faculty of the Los Angeles Film Conducting Intensive as well as lecturing at universities throughout the United States. In 2015, he held the prestigious William Bolcom Residency at the University of Michigan. He is a member of the Academy of Motion Picture Arts and Sciences as well a member of the American Association of Music Arrangers and Composers. Conrad Pope resides in Los Angeles with his wife composer and arranger Nan Schwartz, multiple Grammy and Emmy nominee and Grammy winner for her work with Natalie Cole and their four children.