Playing the IMRO Other Room at Other Voices 2022

This December, Other Voices celebrate it’s 21st anniversary, live and online with some of the world’s most exciting acts.

Stunning live sets will be beamed live to the Other Voices’ YouTube each night, with dozens of Ireland’s brightest new voices taken to the stages along the Dingle Gin Music Trail from 2 – 4 December.

Check-out the artists set to take to the IMRO Other Room below: 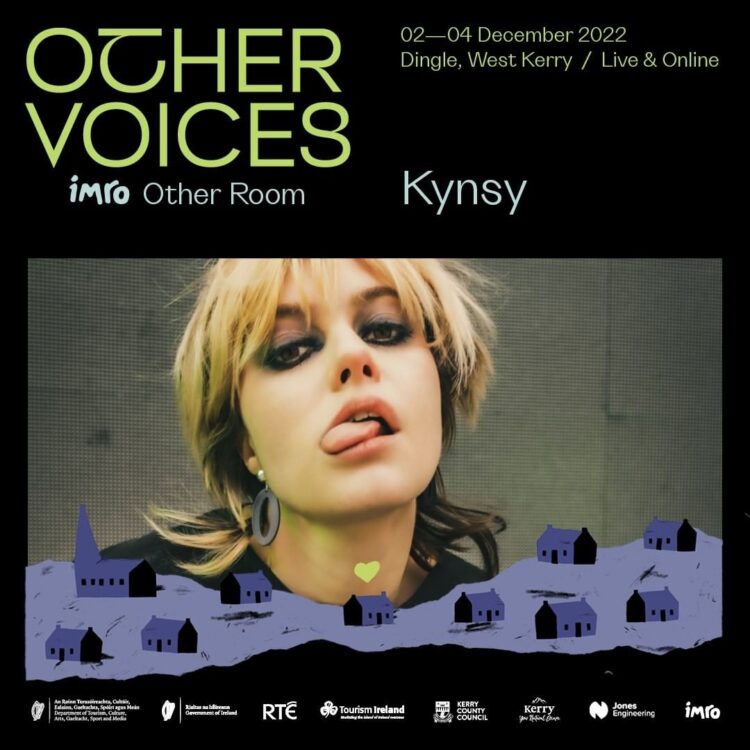 Welcome to the world of Kynsy: a colourful, weird place of harsh edges and soft storytelling, where unwavering authenticity reigns king and the building blocks are constantly shapeshifting around you. It is the world constructed by 24-year-old Ciara Lindsey, who is still constructing herself, throwing love songs and confrontational battlecries at the wall to see what sticks.

It began with the rising Dubliner’s debut EP Things That Don’t Exist released last year, a few months after she featured in the NME 100 who praised the EP as, “a masterclass of channeling angst into disarming indie for a new generation.”  Her music caught the attention of The Irish Times, naming her one of 50 people to watch in 2022; the Quietus who included the debut EP as the best new music of that month; glowing reviews from the likes of DIY, DORK and Clash, who called Kynsy’s first release “raw and breathtaking”.  BBC Radio 1 proved to be equally supportive with Jack Saunders, Annie Mac and Gemma Bradley all championing her and she was chosen as a BBC Introducing artist for Radio 1’s Big Weekend.  But that four-track release still wasn’t enough – Kynsy is an endlessly prolific songwriter. Her mind has been thrumming with tunes for the last five years, and at this point she’s just itching to get them out.

Freedom has always been the most important thing, and with second EP – Something To Do With Love – you sense Kynsy fully embracing the confidence that comes with her ever-growing knowledge as a songwriter, producer and performer, presenting a boisterous collection of tracks without being constrained by genre, format, theme, or, well, anyone but herself. She’s indebted to the artists she grew up on – David Bowie’s chameleonic glamour and the Beatles’ peerless crowd pleasing, as much as The Strokes’ seductive stubbornness and the way nobody writes lyrics quite like David Byrne. But still, The new songs build on the swaggering wit of the first EP, the observational frustration with modern living now shapeshifting into something broader, grander, even stronger.

Live she has performed at Pitchfork Festivals London and Paris, The Great Escape, Neighbourhood Weekender, Truck Festival, Tramlines, Y Not Festival, Live at Leeds in The Park, Forbidden Fruit, Electric Picnic and Other Voices. 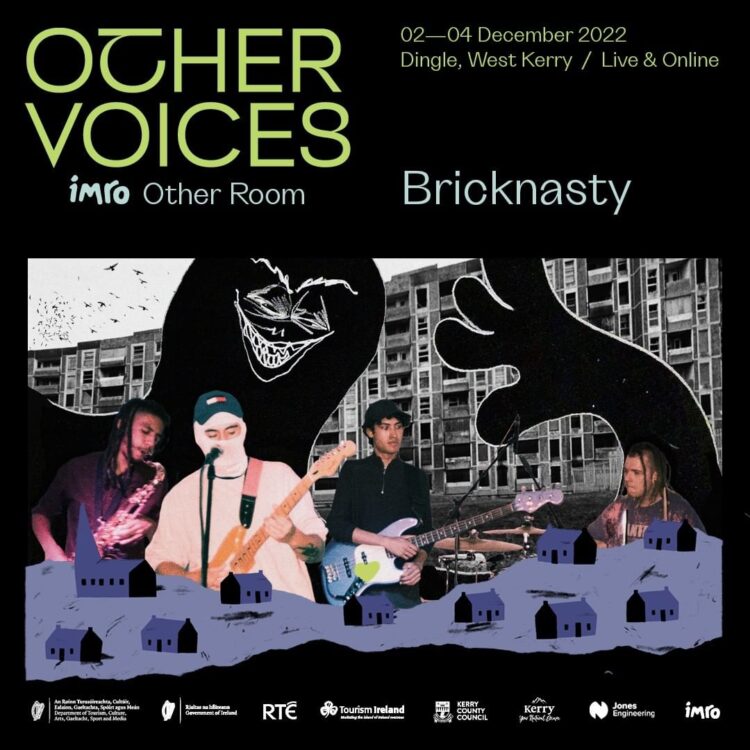 Rapidly becoming one of the most talked about live acts in Ireland, Bricknasty emerged from Ballymun at the beginning of 2020 as a lockdown studio project that has developed into a band taking in members from across the country – singer and guitarist Fatboy, drummer Korey Thomas and bassist Dara Abdurahman. Featured in District Magazine’s Future of Irish music 2021 feature and described by BBC Radio 1’s Jack Saunders as his favourite type of jazz mixed with every other genre under the sun, they draw influence from Neo-Soul while putting their boisterous and eclectic nature on full display. From infectious energy and soulful chords to its soft, woozy vocals, the band combine R&B, hip-hop and an anarchic musical approach that stems from singer Fatboy’s roots in the Balbutcher Lane flats and exposure to a range of cultures, from traditional ballads to hip-hop, rave and 90s garage. 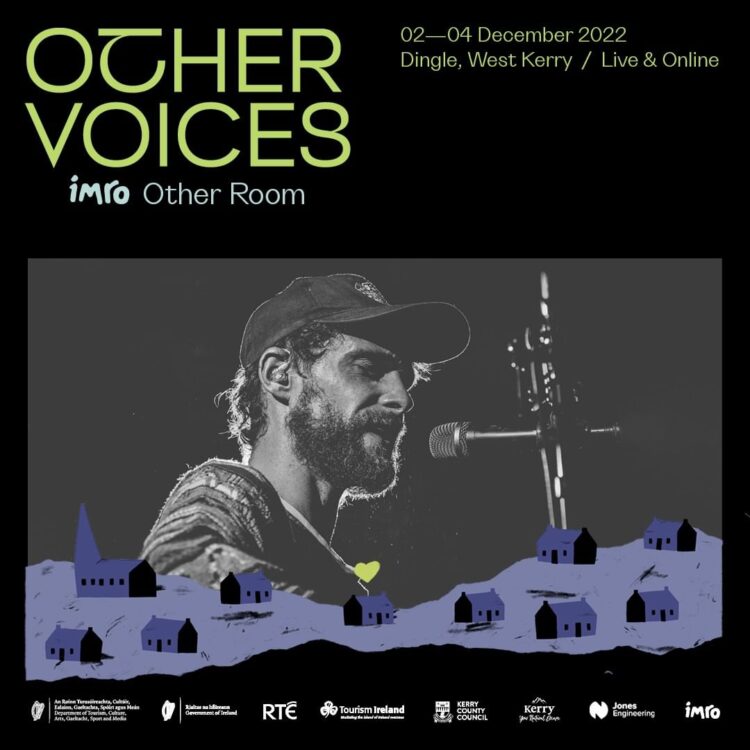 It wasn’t just Covid-19 and lockdown, which made 2020 a year that Pa Sheehy is unlikely to forget. After a decade fronting the Irish chart-conquering Walking On Cars, he decided last July that it was time to leave the group. “When lockdown hit, the level of peace that came over me was something I’d never felt before. I slowed down and stopped thinking of the next song and the next gig for the first time in ten years. It was a chance to re-evaluate everything. Was I happy with where I was? I tried to convince myself I was and that I should be grateful, but it became apparent after some time that I wasn’t happy and it was time to make a big decision.” “There was no bust up or other big drama; it has just run it’s course” he explains. “Following all those years of being in a band, I wanted to be able to totally do my own thing, which has been very liberating. Walking On Cars was an amazing period in all our lives. The people of Dingle were with us from our first gig in a local bar, two albums later and we had toured all across the world, player to 14,000 people in Dublin’s 3Arena; and performed before Kendrick Lamar at Electric Picnic to 35,000 people singing back every word. So all in all, we did good.” Following the success of his debut EP ’The Art Of Disappearing’ a Top 10 and No.1 independent release in Ireland along with a Sell Out run of Headline shows in Ireland. After a string of festival shows this Summer and having just completed a Sold Out European tour, Pa Sheehy has just announced a row of intimate ‘Unplugged’ shows in Ireland this December. 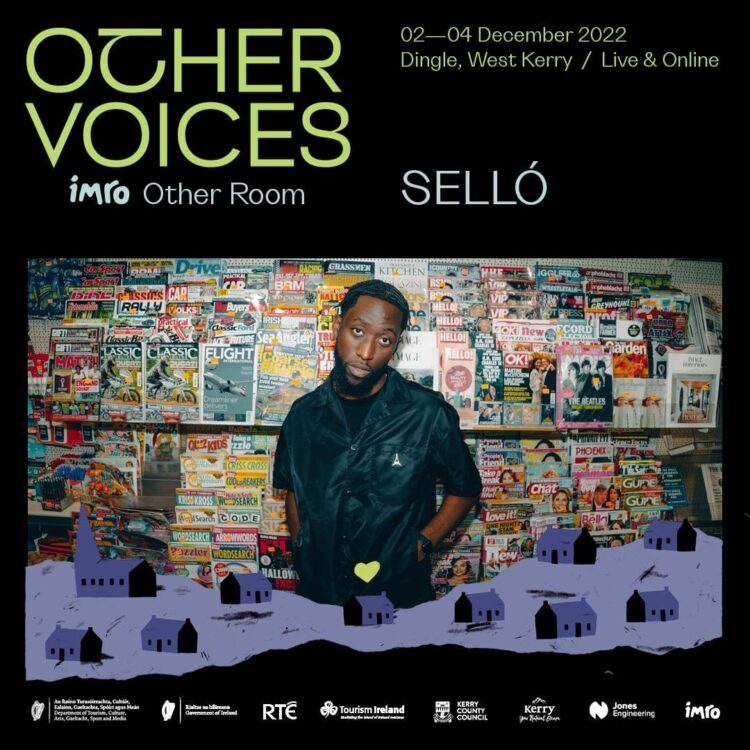 Named as Irish Times 50 Best People to Watch in 2022 and earning the prestigious cover page in January edition, the 22 year old has pioneered ‘Gaelic Drill’, a fusion of traditional Irish culture with the modern drill/ hip hop sound, a new era of music that is heavily focused on reviving classic samples and giving them a new lease of life for his generation. His debut mixtape ‘Sellotape’ debut in the Top 10 on Official Irish Album Charts, first Irish Drill Rapper to do this. 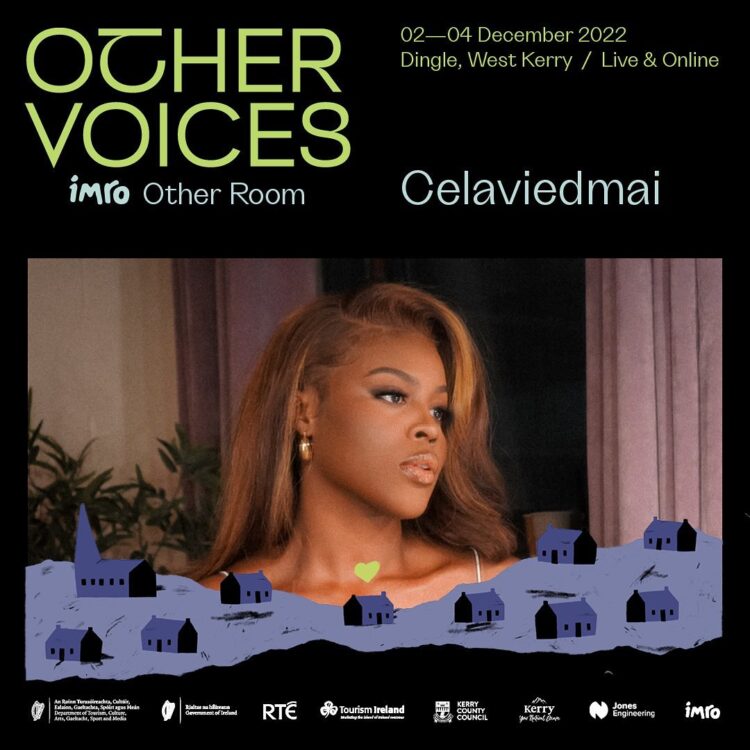 Celaviedmai (aka Mai or Cela) is a Galway born artist who has become one of the most exciting names in the Irish hip-hop and rap scene. She is recognised as a rising star both in Ireland and internationally for her incomparable stage presence and hard-hitting lyricism. Cela has an impressive performance history from the 3 Arena to the National Concert Hall, headlining her own shows and opening for artists such as Nova Twins, Lil Wayne, Mac Miller, Hoodie Allen and Tinchy Stryder.

Mai’s music is celebrated for defying genres within urban contemporary and she often combines English, French and Irish in her lyrics – paying homage to her Ivorian roots. In 2022 Mai was reported as a standout artist at St. Patrick’s Festival, appeared as the cover star of the Culture Magazine in the Irish Sunday Times, opened for UK punk duo Nova Twins at Whelan’s, had her Ireland in Music performance premiered as part of the SEODA 2022 programme and was broadcasted across the USA. Mai released her much-anticipated debut EP ‘Both Sides of the Story’ to high praise, where half of the songs were added to Spotify playlists New Music Friday UK, Irish Rap & Drill 2022, The New Éire, A Breath of Fresh Éire and Ireland 2.0.

Mai had a busy summer performing at the likes of Forbidden Fruit, Wildroots, MoLi – The Museum of Modern Literature Ireland, Body & Soul, All Together Now, Connolly’s of Leap and Electric Picnic. Celaviedmai will be making her Other Voices Dingle debut this December and is currently recording new music for solo releases and collaborations in early 2023.

The Church of St. James & IMRO Other Room (Livestreams) 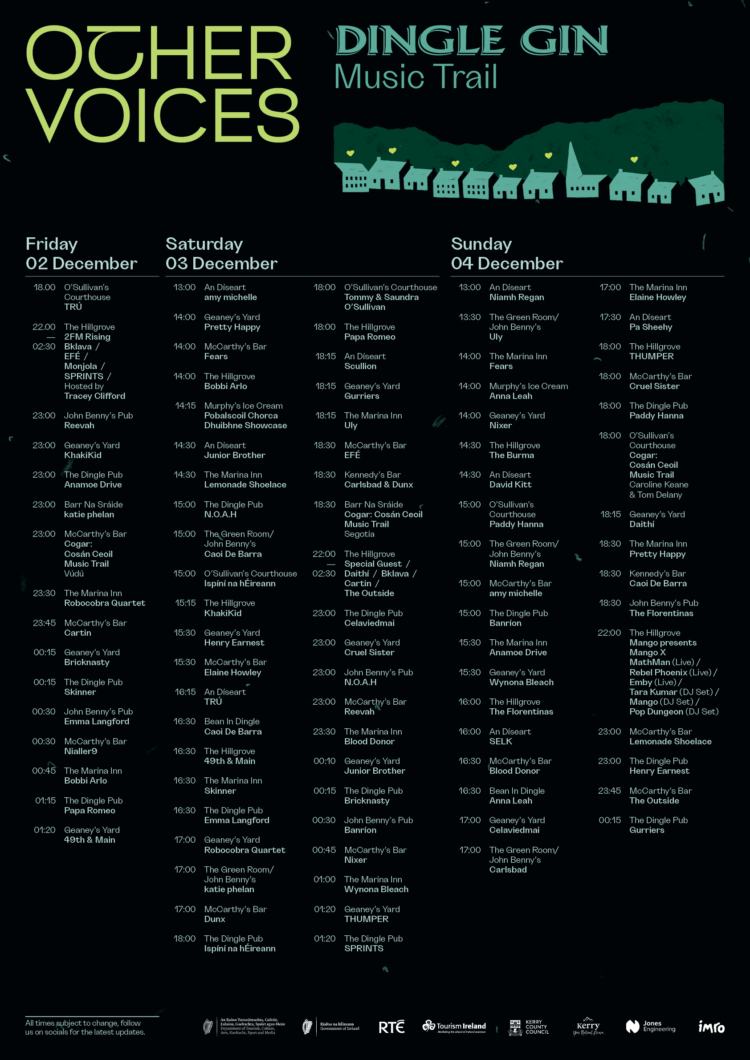