Always restless and inventive while always true to the power and glory of songwriting and melody, Conor O’Brien has made another great leap forward with Villagers’ fourth studio album, ‘The Art Of Pretending To Swim’, released by Domino on Friday 21st September.

Following the exquisitely sparse, intimate aura of 2015’s ‘Darling Arithmetic’, O’Brien’s new record reconnects with the multi-faceted approach of Villagers’ 2010 album debut ‘Becoming A Jackal’ and 2013’s ‘{Awayland}’ while adding a new-found soulfulness, rhythmic nous and dazzling panoply of sonic detail, both analogue and digital, creating feverish moods while writing effortlessly accessible tunes. Balanced with subtle aspects and lyrical themes that embrace existential fears and hopes in this desperate, technologically-centred dystopian age, The Art Of Pretending To Swim is the most brilliantly realised Villagers album to date.

The album was written, produced, mixed and primarily performed by Conor O’Brien in his Dublin studio.

The video for ‘A Trick of the Light’, the first single from the album, was directed by Bob Gallagher. Conor says of the collaboration:

“Myself and Bob got together and discussed the song thematically and came to the conclusion that there was no other option but to make a short film in which we follow a disheveled shamanistic protagonist who mysteriously triggers an altered state of consciousness in everyone he meets, or at least believes that he does. We also wanted lots of dancing and to inspire a general feeling of “what the hell did I just watch?” in the viewer.”

O’Brien has a string of accolades under his belt including two Ivor Novello Awards (the most recent being 2016’s Album Award for ‘Darling Arithmetic’), two Mercury Music Prize nominations and is also a previous winner of Ireland’s Choice Music Prize. 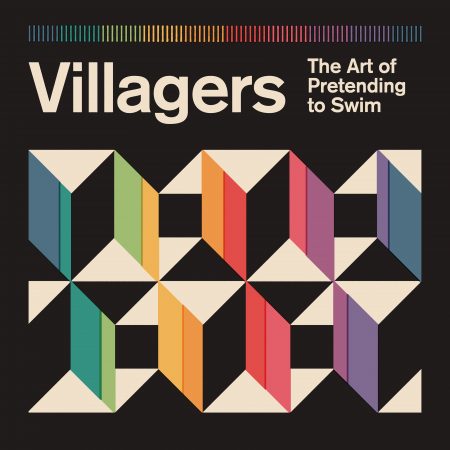