Sean OB is a songwriter and musician with a voice and attitude that’s unmistakable. Displaying remarkable skills as a songwriter with poignant lyrics set to ferociously catchy rock ‘n’ roll melodies Sean writes with a hard-hitting no bullshit approach. He counts stand-up comedians like Doug Stanhope and Bill Hicks as influences that are just as important as the likes of Hunter S. Thompson and John Lennon.

Born and raised in Tallaght in Dublin, Sean first picked up a guitar at the age of 12. Once the rigid structures of school were thrown aside Sean set about establishing himself in the Irish music scene, firstly as leader of spirited trio Trap Door, followed by two years on guitar with Raglans.

Having spent the last two years toiling away on demos in his bedroom studio, Sean OB recorded his debut EP with Grammy Award winning producer Rob Kirwan (Hozier, PJ Harvey and The Horrors) in Westland Studios and Exchequer Studios in Dublin.

Backed up by his explosive band he is now striking out for much bigger things! 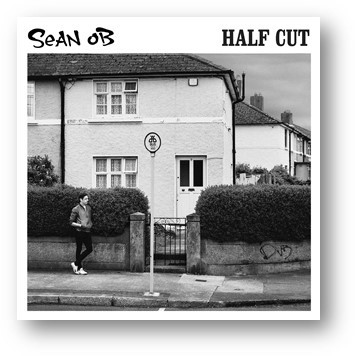 “There’s a sprint-ahead energy to the newcomer’s music, fusing the raw punk-poetry of Shane MacGowan with the yelping rock ‘n’ roll of Buddy Holly. New single ‘Teacher’ is an incredible ear-worm, matching a DIY aesthetic to some glorious pop hooks and lyrics that cut a little deeper.” Clashmusic.com

“It’s a song full of vigour and heart.” Joe.ie