Best known for his time as frontman of Dublin quintet The Eskies, who released 2 highly acclaimed albums and toured Europe extensively including festival performances at Glastonbury, Montreux Jazz Festival, Cambridge Folk Festival, Electric Picnic etc , Ian Bermingham has developed a reputation as a truly singular writer and performer, ploughing a furrow that defies both trend and tradition.

His eagerly anticipated debut album ‘The Death Of Old Sea Legs’ is a genre-bending, un- pigeonhole-able, totally singular record. It’s a timeless tangle of tongue-twisting, brain-burrowing lyrics that lurches from breathless barrage to lilting lament – at times without a moments notice. Crawling with vivid imagery and colourful characters, it’s a window into a world entirely of Bermingham’s own creation.

Displaying all of the storytelling nous and craft of the quintessential folk troubadour, the melodic ear of a pop pioneer and the lyrical largesse that has become so synonymous with Ian’s songwriting, ‘Old Sea Legs’ see’s the Dubliner push himself to new and exciting territory as a solo performer, with a sound that manages to be both expansive yet intimate. 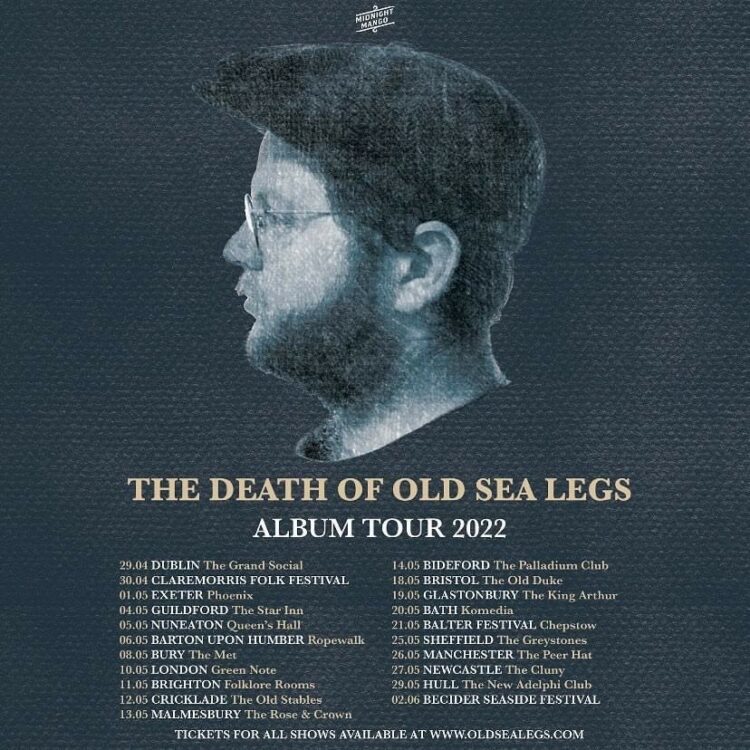