New All Tvvins Track “Anything” Out Today

When Conor Adams and Lar Kaye formed All Tvvins, their shared goal was to headline Dublin’s 1600-capacity Olympia Theatre – and that was achieved when they sold-out the venue last autumn, just weeks after their debut album ‘IIVV’ crashed into the Irish album charts at #2.

Now the duo have announced they will release their second track since ‘IIVV’ was released. Following on from “Alone Together” feat. James Vincent McMorrow, comes “Anything”, a clear step beyond anything that featured on ‘IIVV’and a development on “Alone Together”

When ‘IIVV’ was nominated for Album of the Year at the Choice Music Awards, it heralded the end of the album’s campaign. After a minimal break, the duo soon “turbo-boosted” their writing process where they amassed a group of new singles they plan on releasing over the coming months. Whereas they previously painstakingly crafted each song together, they instead found themselves creating almost completed ideas individually before allowing the other partner to put their stamp on it.

Most of the new tracks emerged on piano and synths before being fleshed out into a band dynamic. Inspired by a whole world of influences, Lar describes them as being “varied and extreme” and “emotionally charged”, while Conor notes that his interest in keys means that he has been writing a lot more on piano.

All Tvvins have previously shared stages with bands including Arcade Fire, Pixies and Foals, and have played events as diverse as the VICE House Party and the huge 2FM Xmas Ball in Dublin. They’re planning to road-test some new material across the summer festivals and announce a headline tour across Europe for early 2018. 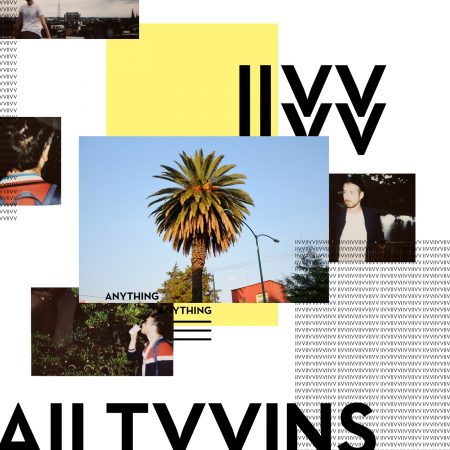