Another highly anticipated release from the Irish Musician, Singer-Songwriter and Producer Chris Haze. Haze’s “Recipe” takes you trough an array of different emotions and feelings. Starting with a high energy and positivity that you’d expect from and EP entitled “Recipe”. Leading into a deeper and more personal side of Haze’s songwriting and experiences. With epic electric guitar riff driven melodies and acoustic driven sensations. To emotional, deep and thought provoking ballads. The EP takes you on a journey of ups and downs, moments of love, strength and happiness to moments of weakness and sadness. Almost to symbolise Haze’s journey so far and the “Recipe” it has taken him to get here. Haze has written every note, played every instrument, composed every string, engineered every take, recorded and performed every vocal and produced every single thing on all 5 tracks on this record in his own studio over the last few months. Now he is ready to share it with the world. “Recipe” was Mixed & Mastered by James Darkin at Herbert Place Studios.

February 2017 marked the start of Haze’s most successful year as an established and unsigned Irish Singer-Songwriter and Producer. After self-releasing a 5 song EP and Title Track single called “We Are One” which dominated the Irish Charts on release week. Securing Haze his first Number 1 & Top 3 Album release in Ireland. He officially charted at Number 31 on the Official Irish Album Charts after the first week of sales.

Following the huge success of “We Are One” EP in Ireland. In September 2017 Haze released another chart topping single called “Say Goodbye” and debuted at Number 1 on the Irish Singer- Songwriter Chart and at Number 39 on the Official Irish Singles Charts. The single received national and international support and acclaim. Being added to Official Spotify playlists all over Europe the song has currently racked up well over 20,000 Streams on Spotify and climbing. “Say Goodbye” was also the 8th most played Irish Song on Irish Radio on release week. 2017 ended on a high after Haze received nominations for “Best Male” & “Best EP” at the Pure M Magazine Awards 2017. Haze deservedly took home his First Award as an artist, musician & producer for “Best EP”.

The success of “We Are One” EP & “Say Goodbye” Internationally has opened up doors to a number of Major International Record Labels. Haze has gone under the radar amongst the Irish Music Industry and Media despite being one of the Most Successful Independent & Unsigned Irish Artists in 2017. Having secured Thousands of Sales and Streams in more than 43 Countries all over the world. Haze also secured his First Number 1 & Top 3 Irish Album Release and his First Number 1 & Top 40 Irish Single Release. Which brought him to a total of 3 Irish Chart positions in 12 months. After the first week of Official Sales “We Are One” EP was the Second Best Selling Independent Album in Ireland just behind Adele’s “25”.
“Chris Haze Records” stood alongside all of the biggest record labels in the world for over a week on the Official Irish Album Charts.

“Recipe” – EP is currently the “Best Selling Pre-Order” on iTunes in Ireland. 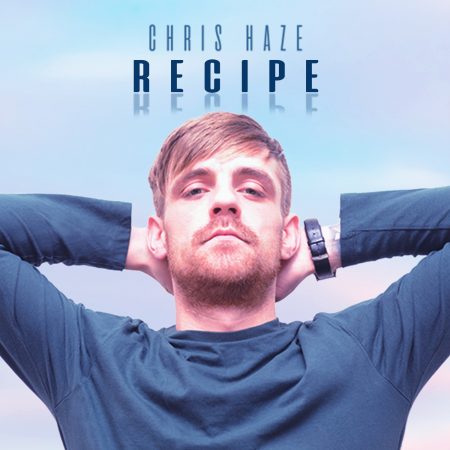