The pair’s first release from Where the Waters Meet is a cover of ‘Bette Davis Eyes’, commissioned by the Recording Academy (Grammy Awards) as part of their ‘ReImagined’ series.

Though this is their first performance at the cabin as an official duo, O’Neill has recorded several songs there for her “Live at the Log Cabin” video series — featuring Kenny as part of her band in at least two installments. 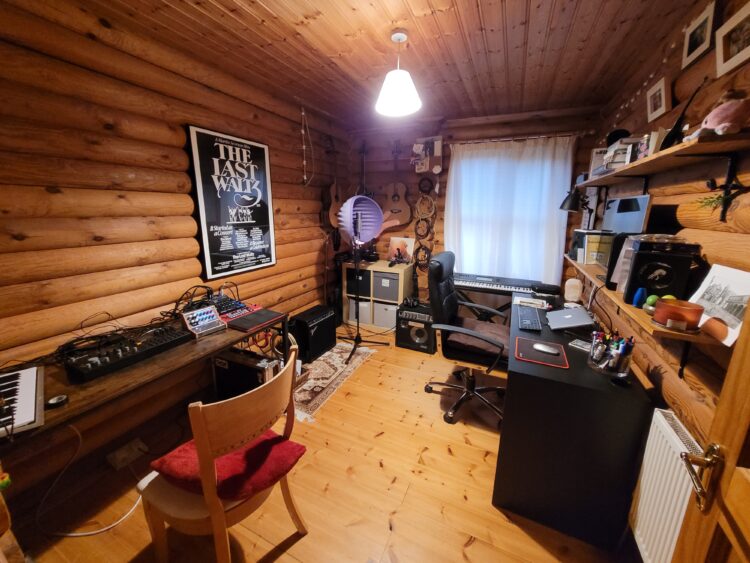 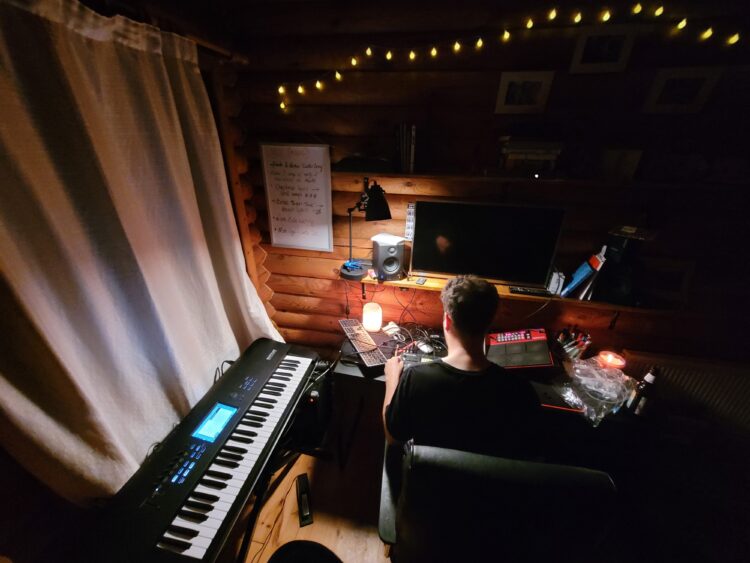 It’s important for every artist to have a space they can go to create either solo or collaboratively and we’re really lucky to have such a gorgeous space to work from. For us, the big thing is having everything ready to go in the studio so that we don’t have to waste time setting up gear or finding cables, etc. – which inevitably disrupts the creative flow. Obviously things get in the way of that sometimes but the more we can prepare and avoid that the better – and we couldn’t do that without a dedicated creative space.

Our studio is a Log Cabin in a remote location which is something we love. We find it really peaceful here, surrounded by nature.

We first started collaborating in this space before ‘Where the Waters Meet’ really developed into a project and I think the actual, physical space of where the Cabin is located allows us time to sit and think about sounds, lyrics, production, etc. in a way that writing in other locations hasn’t before. Having the studio setup exactly how we like also influences our creative output and workflow – although this is always a work in progress.

The combination of the Elektron Digitakt triggering a Nord Drum 3P. The Digitakt is a sampler/groovebox/sequencer that has fantastic sounds and the Nord Drum 3P is a drum synth that has some of the most organic sounding tuned percussion which works beautifully with the Digitakt. We also have a Planetarium by a company called Neon Egg which is a beautiful, lush reverb/echo unit. The 3 of these are usually chained together so it’s hard to separate which one we love more.

We’d love to own this cabin so we could develop it into a full blown studio space – but hopefully that’ll be a future project somewhere down the line. A little more space is always handy….

Connect with Where the Waters Meet